9 forces shaping the future of IT

New technologies and approaches will free IT leaders to cut costs, save time and let machine intelligence do the heavy lifting. 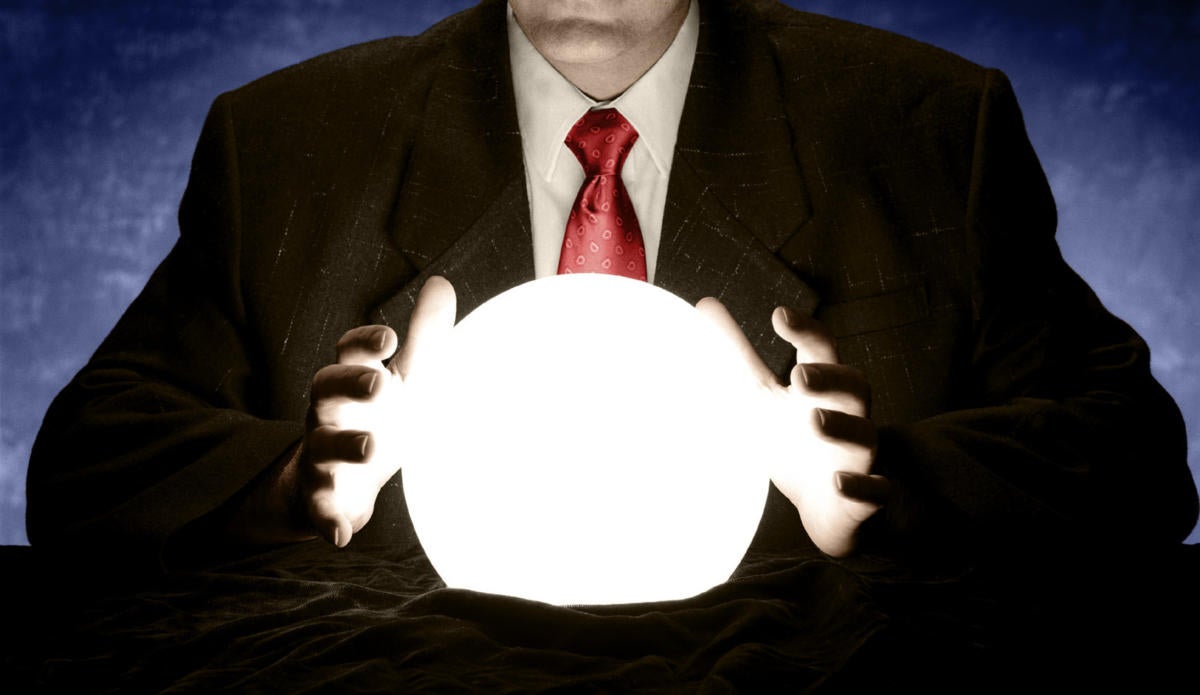 IT is on the precipice of unprecedented change. Every company, now in the business of technology, is experiencing glimmers of larger shifts to come: automation, decentralized technology budgets, rapid adoption of cloud-based services, and most recently, artificial intelligence as a business necessity.

Thanks to these emerging and converging trends, technology is increasingly freeing workers from routine tasks, from the warehouse to the C-suite. Massive amounts of data are being ingested in real time, as business decisions are beginning to be offloaded to machines, leaving more time to focus on planning, pursuing leads, and adopting new technologies.

IT stands at the center of all this, poised to change dramatically. To help you navigate the years ahead, we’ve broken down the forces currently shaping the future of IT work, offering insights from fellow technology leaders on the long-term impact of changes emerging today.

Automation is fast becoming mainstream, moving from experimental projects to the business world. And while automation in business may have a profound effect on employment in the future — a 2015 McKinsey report suggests half of the job functions performed today by people could be automated using existing technology — the impact on IT will be the freedom to be more strategic.

“Finding, extracting, and conforming all this information so it can be used to drive decision-making has been a complex and labor-intensive task for decades,” says Timo Elliott, vice president and global innovation evangelist at SAP. Elliott cites the 2015 McKinsey report’s assertion that AI and machine learning advances could shave off about two-thirds of the time it takes to do this sort of mundane, time-intensive work.

Freed from the wrangling and maintaining, IT will have more resources to devote to moving the business forward.

“I see the biggest impact that automation will make on IT is that it will accelerate the shift from ‘running IT’ to innovating for the future,” says Chris Bedi, CIO at ServiceNow. “Also, we'll see an improvement in employee engagement as people aren't spending time on mundane tasks.”

With automation in place, speed and agility will be key. Technology initiatives that used to take half a decade to be adopted are now in place in just a couple years. This will only accelerate — to your benefit or peril.

“If you go back in time and ask, ‘What is the window you have for competitors to really have an impact on your business?’ You’d hear something like five years,” says Steve Rotter, CMO of OutSystems. “Now it’s 24 months. If CIOs are feeling that kind of pressure and sensitivity around speed and agility, to me that’s what’s going to drive a lot of interesting dynamics in the marketplace.”

“The pace of change in technology is moving increasingly fast and businesses must keep up to stay competitive,” says Rackspace CIO Ryan Neading. “With this greater reliance on the technical underpinning and its impact on the bottom line, IT professionals are evolving to have a greater sense of business and customer acumen. IT is no longer a back office that you call when you need something, they’re at the table making decisions and developing strategies that have a direct impact on the business.”

Of course, along with opportunities, rapidly changing technology also introduces new problems -- both in identifying holes in security and finding the talent to address them.

“The security threat landscape continues to evolve,” says John Mandel, senior vice president of engineering at Continuum. “CIOs and IT departments that didn’t focus on these areas are now finding that this is a major risk to their business and need to be diligent in assessing new tools to protect against new threats. The demand is currently outpacing the supply and IT continues to be caught shorthanded.”

As this threatscape evolves, IT may see security cease to be an isolated function and instead become an integral element of everyone’s job.

As technology becomes an increasingly significant line item across business units, companies will change the way they look at their budgets — and how technology is developed and maintained by the organization as a whole.

In many businesses, cloud-based services, including marketing technology apps, are causing the technology spend to be spread throughout the business. OutSystems’ Rotter cites a prediction  that caused a stir several years ago by Gartner, which said that by 2017 CMOs would be spending more on technology than CIOs. And now he’s actually seeing it happen.

“A lot of it is just that marketing is becoming more dependent on data, and it’s becoming central to the way marketers work,” Rotter says. “But it’s also a very clear condemnation that the tools and technologies that used to support marketing teams are rigid. So, what you’re seeing is organizations realizing that. They’re building flexible applications on top of those legacy systems.”

And the developers who create those applications may not be employed by IT. Instead, they may be hired by the marketing department directly.

The shift in spend doesn’t have to mean a complete shift in power. Instead, expect deeper collaboration between IT and other business units.

Carolyn April, senior director of industry analysis at CompTIA, says that, in addition to tech budget being spread around, there’s evidence that business divisions are getting better at working together to employ new technology, and, somewhat surprisingly, “rogue” tech adoption may be on the wane.

“Four in 10 line of business respondents in a recent CompTIA survey said that their department works jointly with IT to determine which hardware, software, services, and other tech solutions they will deploy,” she says. “Just 19 percent said IT handles all such decisions, with even fewer -- 14 percent -- saying that their individual business unit pulls all the strings.”

Perhaps more interesting is evidence of increased fluidity in this area, as April cites a quarter of respondents report that tech purchase processes “can present in a combination of ways: IT only, business-unit only, or collaboration between both groups. That said, all signs indicate that the role non-IT business units will play in both strategic and tactical decision-making for technology will only increase as businesses march toward the cloud and all things digital.”

Box CIO Paul Chapman says he’s seeing spending that’s more focused on business function than department. “Non-discretionary and non-directly IT accountable costs are still managed centrally by IT, so such a separation is not always [the case]. If the service requires interconnecting with other parts of the business’ systems reference architecture and needs to be tested in an end-to-end, integrated way, IT is then needed to support the delivery. SaaS provides the freedom from infrastructure and a majority of operational overhead, but doesn't free IT from the rest of the services that are needed to implement and evolve a complex end-to-end business architecture.”

There’s nothing particularly cutting edge about the need for soft skills and efficient collaboration between departments. But there is a way to apply technology concepts across the business for better communication.

“By integrating the business into our agile teams, we’ve increased collaboration and shifted IT to a more consultative role as opposed to being an order-taker,” she says. “Collaboration with other departments has been critical to our success. The main driver of this is our move to a more agile framework.”

Expect more IT departments to incorporate agile practices and methodologies not only in their own work but in partnerships across the business.

Booz Allen Hamilton vice president Angela Zutavern is the co-author of The Mathematical Corporation: Where Machine Intelligence and Human Ingenuity Achieve the Impossible.  In the book, she and her co-author Josh Sullivan argue that a partnership between machine intelligence and human intellect will form the business model of the future. But for this model to work, flexibility is key.

“The biggest breakthroughs,” says Zutavern, “come from combining business knowledge, technical expertise, and soft skills. The most important traits for succeeding in business technology in the future are flexibility in overcoming setbacks and willingness to abandon an idea that’s not working to experiment with something new.”

And, as much hand wringing occurs over the future of automation and robotics, some argue that there are innate human qualities that will remain in demand.

“We will likely see an increased demand for ‘robot-proof’ skills that continue to be uniquely suited to humans. Many soft skills tend to fall into this category of being more robot-proof than some of the more technical or ‘hard’ skills,” says Jeremy Auger, chief strategy officer for Desire2Learn.

“Machines tend to be good at performing tasks that are narrow, describable, and repeatable,” Auger adds, “making space for those jobs that require unpredictability. For example, interpersonal skills, collaborative qualities and workers who can draw from diverse experiences will continue to be in demand. However, indicators suggest that jobs involved in helping to advance technology are more resilient and tend to have a place working alongside robots.”

In other words, the ineffable quality of adaptability will be that much more vital for future success in IT.

Headlines about automation and AI can be alarming. Gartner has even released a survey about the most hyperbolic terms used to describe the future of work, which frequently include “disrupt, steal or threaten.” But most IT pros we surveyed see automation creating new opportunities — as long as we can establish a symbiotic relationship with the machines.

“Ultimately, anything that has enough data and repeatable patterns could end up transforming into an AI-driven process,” says Box’s Chapman. “The shift is to have people focus on the higher-value work and less on the mundane tasks. Another sizable shift is the one affecting touch, text and talk interactions with backend services, which is moving away from the disparate point-and-click interfaces we have in place today.”

Alongside this evolution in the foundation of how we interact with machines will be greater meshing between humans and machine intelligence when it comes to business processes and decision-making.

“The future of IT is more systems that are automated in this way, and also more integrated across systems and teams,” Filev says. “Automation can produce more visibility and faster communication. Together with automation, AI and work management are opening doors for improved processes within companies.”

Julie Woods-Moss, chief innovation officer of Tata Communications, sees the evolution of automation in digital strategies setting the stage for a more responsive IT work experience.

“Automation will pave the way for a simpler, more real-time IT environment, where the right person -- or machine -- is able to get the right information, at the right time and place, accelerating the development and roll-out of new services,” she says.

And this ability to quickly deliver targeted technical solutions will pervade the business.

“As API-enabled, automated systems will be able to handle the majority of day-to-day IT issues, the IT team will be freed up to focus on innovating through new technologies and delivering more strategic value for different lines of business,” Woods-Moss says.

Booz Allen Hamilton’s Zutavern goes so far as to say that machine intelligence is essentially a new form of business partner -- and it deserves a seat at the boardroom table.

“CIOs and other leaders need to become more comfortable with machines making decisions,” Zutavern says. “Meanwhile, they must allow business units the flexibility to create new solutions they haven’t even conceived of yet. We’re seeing more platforms-as-a-service, which allow everyone to come together to unleash the power of their data to fuel creativity, innovation, and a culture of experimentation.”

This story published by Paul Heltzel.