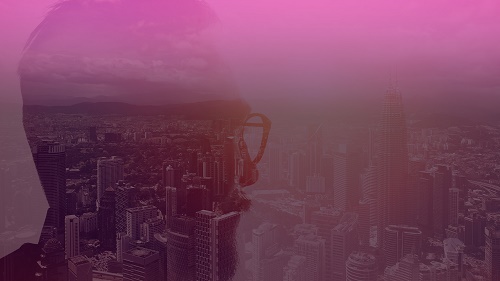 Change happens at lightning pace in the design industry and it’s important to keep up to speed with what’s happening to stay relevant. Even if you’re not one to follow trends, as a designer, it’s good to be aware of the shifts going on in the industry.

As 2017 kicks off, I rounded-up 10 of what I believe will be the most important design trends of the year.

In 2017 we will continue to use minimal layouts, and complexion reduction is going to be a big hit. Minimalist design aims to address problems for the users through clear visual communication — by focusing more on bringing forth the user content rather than the UI.

Sky app strips away distractions and keeps focus on content

A minimalist user interface combined with great usability is really impressive in action: an easily navigated, simple app can be a very powerful form of communication.

The internet has talked a lot about microinteractions in 2016, and they will continue to trend in 2017. Microinteractions, typically in the form of subtle animations, are playing a vital role in UX design especially on mobile devices where we engage in thousands of microinteractions every time we use our apps.

This microinteraction lets the user to know what happened. Credits: Colin Garven

Microinteractions can be a very convenient form of visual feedback for the user’s actions. Credits: Hernán Sartorio

Vision is said to be the strongest of all human senses. Imagery has long been a staple of user interface design, and its success has slowly paved the way for its natural successor – video. They say a picture paints a thousand words, but a video does that tenfold and there’s a good reason for that — while traditional imagery is static, video is dynamic.

Video is great at catching the eye of users and serves as a means of visual storytelling. It draws users in from the start, especially when it’s used as a homepage background.

Videos will bring a more dynamic experience to the users and 2017 will be full of rich, interactive and full-screen video as a means of engagement and storytelling. Credits: lifeofpimovie

Rich color tones are already brightening up user interfaces, but vibrant hues will make the interfaces brighter in 2017. Users are going to see a lot more vivid colors palettes, duotones, and bold gradients in UIs come next year.

Like the originality in colors, typography will be a popular tool for evoking emotions and building a personality for products. Typography isn’t just for reading—it’s for making a statement. Using typography you can create engaging, eye-catching composition.

Typography has an opportunity to display brand identity and enhances the text content. Сredits: Hawk & Hen

For more personality than traditional photography, illustrations are quickly becoming a popular alternative. They create visual language that really captures the tone of voice and personality of a brand or product. Visual language also clarifies messaging by boiling down concepts into easily-understood visuals.

Illustrations also give designers more freedom for creative effects such as animations.

Long or infinite scrolling will become standard for websites. It’s important to mention that scrolling isn’t rebelling against the page by page format, it’s reinventing the navigation: this technique translates well to mobile devices (smaller screens mean more scrolling, and the format works well with touch controls), and it has more potential to engage users (it helps the user quickly scan large amounts of content in a single motion without interruption).

Also, we’ll seen more sites appear that make use of parallax scrolling.The parallax technique allows the foreground and background content to scroll at different speeds, creating an illusion of depth. Parallax, if implemented well, turns out to be a visual treat — it lifts elements off the screen and creates a dynamic 3D effect. It allows designers to effectively tell a story using mostly graphical elements, and as you know storytelling is a part of human nature.

Parallax scrolling involves the background image moving slower than the content in the foreground, creating an illusion of depth and immersion. Image credits: squarespace

7. Cards Will Still Be a Big Thing

Cards are based on the idea that all of the most relevant information about a single topic is organized into a single container.

Cards allow you to create a versatile UI that can be used on small to large screens. And for users, cards are intuitive and easy to understand without explanation.

Card layouts can easily reorganize themselves to fit different breakpoints

8. The Rise of Conversational Interfaces

“Chatbot” is one of the hottest terms in our industry right now. We’ve seen chatbot technology integrated into consumer apps for quite some time now — they assist in taking the load off the user when performing general tasks, such as ordering a pizza.

In 2017 we’ll see adoption of chatbot technology and conversational interfaces in more and more industries. There is tremendous opportunity and interest in creating holistic conversational solutions and products such as Google Home and Siri will be a natural next step for chat bots.

Products like Google Home makes us believe that the interactions of the future won’t be made of buttons. Image credit: theverge>

Conversational interfaces won’t be the only exciting technology in 2017. Designers are also going to obsess over augmented and virtual reality, since these technologies can provide brands with a new level of immersive engagement. At the same time it’s a whole new challenge to design UI for a virtual world. As Jonathan Ravaz mentioned in his article: “Designing for VR should not mean transferring 2D practices to 3D, but finding a new paradigm.” The emergence of augmented reality and virtual reality platforms will have a great impact on modern interaction and visual design. Gestures will be in focus — natural gestures with similar meanings from the real world will help translating actions in the virtual space.

2017 won’t be the “year” of virtual reality— yet. But it will be the year where it will be decided what should and should not be designed for VR.

In upcoming year the lines between UX and UI designer will continue to blur into a more integrated design process. It will be easier than ever to bring ideas to life, and prototyping will become part of every design flow. New prototyping tools will significantly improve the workflow for designers, enabling them to spend more time thinking about end users rather than starting from scratch every time.

Designers will focus on interaction instead of layout. Using new prototype tools it’ll be able to produce more than just screen flicking prototypes, but a prototype that runs and shows the stakeholder the vision of the app as it will be used in practice.

As with trends of any nature, some come and go, whereas others stay the course and become fundamentals. But one thing for sure – 2017 will be an interesting which will be as much about the technology, as much as the interface design.

This story, "The Future is Now: 10 Design Predictions for 2017" was originally published by Nick Babich.